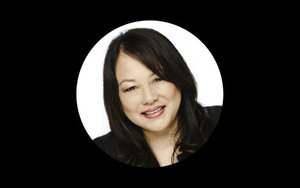 Suzanne Joe Kai is a filmmaker, journalist, and founder of StudioLA TV, her production company. LIKE A ROLLING STONE: The Life and Times of Ben Fong-Torres is her first feature length documentary.

Prior to her current film, Kai was a broadcast journalist on the air for KRON TV (NBC), KTVU TV (FOX), KGO TV (ABC), KGUN TV (ABC), and KCBS Newsradio (CBS). Kai also was a national business director and producer of entertainment videos for RottenTomatoes.com during its early startup years. She also pioneered on SPRINT cell phones nationally and for international mobile carriers for a Hollywood video channel when cell phones were just launching video capabilities.

She is a member of the Writers Guild of America, Academy of Television Arts & Sciences Documentary Branch, and AAJA-LA.org. As a 2x Emmy-nominated broadcast news journalist at San Francisco’s KRON-TV (NBC), she wrote and produced TV documentaries and was named “Best Woman News Reporter” by a newspaper survey. Kai earned an MA (Documentary/ Film/TV) from Stanford University, and a BA from Mills where she was a music deejay.

Her award-winning 28 minute documentary, THE LAST LINE, about the inside world of Star Wars fans, sold-out its screenings at festivals from California to London. Festival programmers brought Storm Troopers to march in the streets of London to welcome her film. Star Wars fans love her film because they say it was one of the first times they are portrayed authentically.

LIKE A ROLLING STONE: THE LIFE AND TIMES OF BEN FONG-TORRES
FULL FILM CREDITS
MANY TALENTED AND CREATIVE PEOPLE ARE ON OUR FILM TEAM! HERE ARE A FEW!