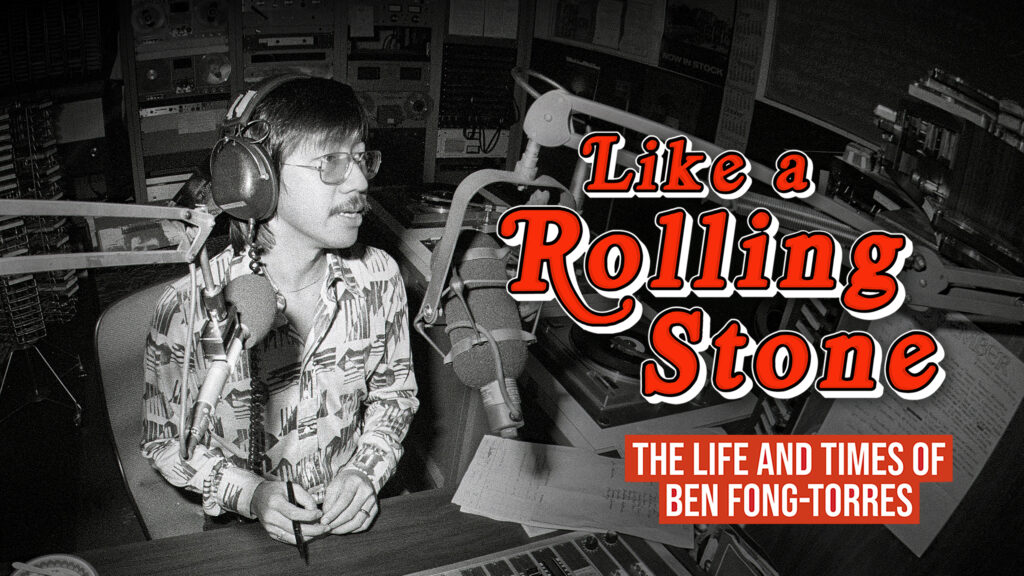 LIKE A ROLLING STONE: THE LIFE AND TIMES OF BEN FONG-TORRES is an inspirational portrait of the life and career of Rolling Stone magazine’s first music editor and legendary writer, during the great rock and roll era, when music meant more than entertainment. The film is told from Ben’s deeply personal point of view from the man who quite literally had the backstage pass. Long overdue – in fact, more than half a century – filmmaker/journalist Suzanne Joe Kai is pleased to finally tell his true story.

Join us in bringing Ben’s riveting true story to wider audiences, including developing an educational series and taking the film across the globe! It’s important, now more than ever, that the world gets to know its Asian American heroes.

“LIKE A ROLLING STONE: The Life and Times of Ben Fong-Torres” project's FISCAL SPONSOR is The Chinese Historical Society of America, a non-profit educational 501 (c3) organization. Tax deductible donations may be made to the film project - see our DONOR Page for details.