The lights, the crowds, the music! Ben Fong-Torres covered it all at Rolling Stone magazine as its first music editor and legendary writer. Ben’s life is an epic sweep through the world of rock and roll, and his groundbreaking work helped define American culture. He became a voice of a generation which changed America forever.

Our film has new, exclusive interviews with Ben and Elton John, Quincy Jones, Carlos Santana, Bob Weir, Steve Martin, Rolling Stone's co-founder Jann Wenner, Annie Leibovitz, Cameron Crowe (ALMOST FAMOUS), and many more. Join us in bringing Ben’s riveting true story to wider audiences, including developing an educational series and taking the film across the globe! It’s important, now more than ever, that the world gets to know its Asian American heroes. Suzanne’s film features rare and never-made-public images contributed from photographers including world renowned Annie Leibovitz. Annie photographed most of Ben’s cover stories, and as her gift to Ben, his wedding to Dianne. Ben Fong-Torres granted filmmaker Suzanne Joe Kai exclusive rights to his rare and never-made-public recordings from his personal archives for her project. These archives include many of the world's iconic music artists including Marvin Gaye, Tina Turner, Ray Charles, Paul McCartney, Stevie Wonder, Linda Ronstadt, Jim Morrison's last interview, and more.

Join us in bringing Ben’s riveting true story to wider audiences across the globe! (Currently on Netflix to English-speaking countries) We have projects based on our film in the works now! It’s important, now more than ever, that the world gets to know its Asian American heroes. “LIKE A ROLLING STONE: The Life and Times of Ben Fong-Torres” project's FISCAL SPONSOR is The Chinese Historical Society of America, a non-profit educational 501 (c3) organization. Tax deductible donations may be made to the film project - see our DONATE NOW page for details. 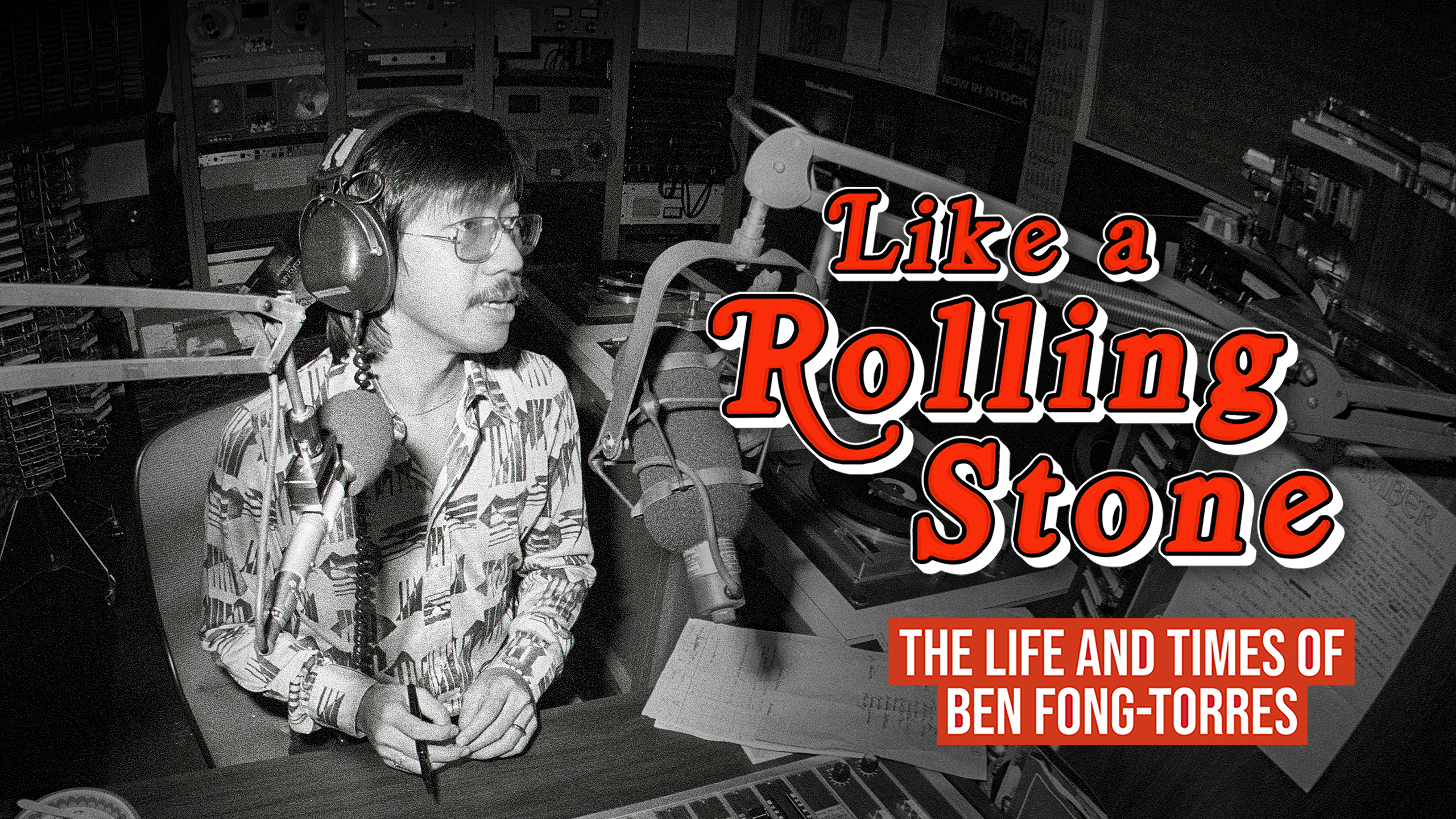 The American born son of hardworking Chinese immigrant parents who came to America with fake IDs, Ben broke the color barrier as America’s first editor of Chinese American descent at a national magazine. In early 1968 at age 23, Ben began freelancing as a writer, and within a year joined Rolling Stone full time as editor and writer at its tiny, hardscrabble rent-free loft with barely room for four desks above a noisy printing press in San Francisco. Ben quickly became known as a leader and mentor who inspired his writers, all the while maintaining a great sense of humor and a strong work ethic.

Ben was not “one of many” music editors, he was “one of one.” During this era a lot of music being written and performed by individuals was reflecting the times. This places Ben right at the “center of the revolution,” says Pulitzer Prize-winner David Felton. Steve Padilla, a Los Angeles Times editor, reviewed Kai’s early source research, and says, “He didn’t just chronicle American culture, he helped shape it.” The film shows Ben surviving the magazine start-up's rocky financial times and staff uprisings, helping to propel its meteoric rise into popular culture.

Beyond the glamour and excitement of rock and roll’s golden era, Ben lived a 'double life,' unknown to his fellow co-workers and the rock stars he covered at Rolling Stone. Ben quietly volunteered at night, as one of the first of his young generation to come to help San Francisco's Chinatown community, one of the poorest in America. He helped write and lay-out a tiny newspaper, which began publishing in English and Chinese languages. Ben's eldest brother Barry would also help the San Francisco Chinatown community, as the Executive Director of a youth service organization to find jobs and social services for at-risk youth. Barry's work leads to tragedy, an event that will change Ben's outlook on his life and career.

Like many children of immigrants, Ben felt a divide between his home life and professional life. We see Ben learning to merge his two worlds: navigating as a minority in a majority world, harnessing his insight to bring a unique new voice to the most pivotal era in America’s music, cultural and political history.